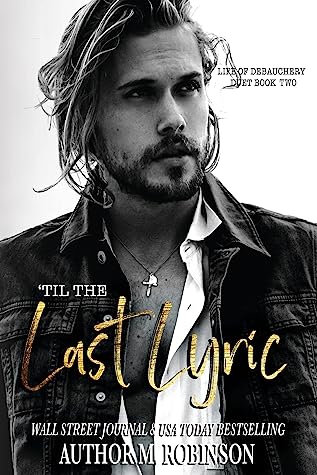 Once upon a time…

There was a little girl who believed in fairy tales and happily ever afters.

For her prince to come.

Together they’d conquer the world.

Until her Prince Charming let his demons prevail.

She cried and begged and prayed.

Were five words she despised more than anything.
Her fairy tale had become her worst nightmare.

Especially, how to tell him, “No.”

I was really looking forward to Till The Last Lyric after reading Part 1. Man, how I’d like to know how this story ends. Because of all the teasers I am very afraid that I will cry.

This is the second part in this series and god this woman can write. The emotions bleed from the paper. Everything about Cash is real and broken and you just feel it. And in the chapters of Journey you can feel how she doesn’t understand him, how she doesn’t understand that he sees himself that way. It is again from the first person and from both Cash and Journey’s view. Most from Cash and she writes it great. It is intense.

She broke me. I was completely absorbed in this story and Cash has captured a place in my heart. I will never let him go again. I was secretly afraid of a cliché second part because of the last sentence of part 1. I was afraid that everything in his life was suddenly rainbows and unicorns now that he had his Junie. Journey. But boy, I was wrong.

It went well for a moment. He was Cash McGraw the boy. The sweet man he could be. But of course this could not continue like this. Cash broke himself up like that. This man is the example of how someone can completely break himself and God, he did. His head was a big black hole and it didn’t take long for a trigger to let everything crumble to dust.

I felt Journey. I felt the pain of Cash spiraling further and further. How it drove her to despair and how she felt that if she went on like this, she would lose herself. I felt the emotion of Cash and the love he had for Journey. But that it did not work. Until the phonecall to Journey … until everything he was afraid of happened … until he hit the hard wall of Austin.

Conclusion about Till The Last Lyric

It’s going to be in my bookcase with my fave bandnovels of all time. Next to Kellan Kyle.

Do you want to buy this book? Check Amazon | Apple | Kobo

Did you read something by M Robinson? Perhaps a recommendation? Did you dare read part 1? This duet is definitely worth binge-reading! 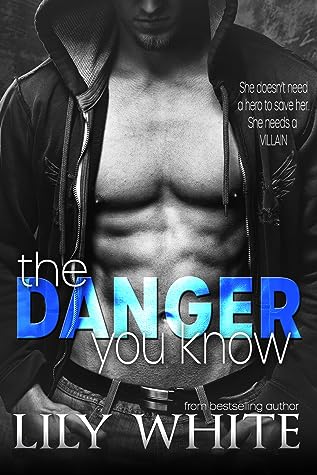 A Court of Silver Flames by Sarah J Maas