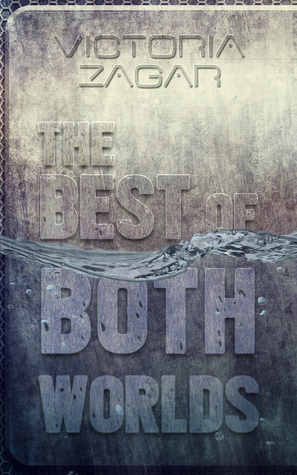 Andrea Missanaugh lives on dystopian Earth's exploration ship the HAND-5500. Lost in deep space and subjected to the monotony of survival under a regime that still holds the distant ship in its iron grip, Andrea has lost all hope of living a happy life and waits for her silent mental rebellion to be discovered and the inevitable death that will follow.

Then she's whisked away from the HAND-5500 by two curious aliens from a planet called Evalaque: the President's daughter, Ledieven, and her gentle partner in crime, doctor and scientist Jacq. Ledieven wants more than friendship, however, with Jacq and Andrea – something that is forbidden on Evalaque, where a fertility crisis has taken hold. Ledieven is one of the last fertile women on Evalaque and her mother will go to great lengths to press her into a socially acceptable marriage.

But Andrea's done with settling for less.

This book is amazing and unique!

The summary was promising and I immediately fell in love with it.

It’s a dystopian story of a spaceship that was sent into space by a dictator. There is no privacy, just work and regulations.
Andrea Missanaugh, the main character, is 36 years old, but appears to think and act like a young adult. Her thoughts and comments are from someone who is in their twenties.

Through out the first few chapters you read how things are in Andrea’s world. What the rules are and what kind of work they are doing and what is happening on the ship.
The story seems to begin when two new characters appear: two aliens..
The aliens seems to be in a hurry and let Andrea know what they want. The balance in this chapter is nowhere to be found. It’s suddenly like: ‘here it is’. Too bad, because it would be a lot better if there would be some time to adjust.

The book is really inviting, because you learn about the concept of polygamy. A concept that’s getting too little attentioning. In many countries it is still a big taboo. I hope that through this book it will be more accepted. For me, it was special to read about and it was really refreshing to read about polygamy in stead off a love traingle of normal relationship between a woman and man.

The relationships between the characters were described really great. They were fun.

At the end of the book, it didn’t feel complete. I would like to read more about this world and how the relationship blossomed between the characters. Hopefully there will be a second book.