A new stand-alone hockey romance from USA Today bestseller Sarina Bowen.
On the eve of her thirtieth birthday, sports agent Bess Beringer is ready to make some changes. Armed with a five-year plan—indexed and color coded—she’ll tackle her personal life with the same zeal that she brings to her successful agency.
A big, tall, ripped hunk of hockey player who’s just been traded to the Brooklyn Bruisers is not a part of that plan. Mark “Tank” Tankiewicz has a lot of baggage. He’s a ride-or-die loner with a bad reputation. He’s on the rebound. He’s also the sexiest thing on two legs, and for some crazy reason it’s Bess that he wants.
She knows better. But then she falls stupid in love with him anyway. And for a while it seems like maybe he’ll do the same.
Until she asks him for the one thing he can never give her…

Recently I was allowed to read Sure Shot by Sarina Bowen. I got the ARC and was very curious about Bess’s story. She has passed by in previous books from the Brooklyn Bruisers and I think she is a very nice character. So I’m curious.

I really can’t say anything negative about Sarina. And well, I can hardly repeat every time what I have said in previous reviews. Sarina is my queen, along with Elle. You know that. The writing style was fine again.

I am a bit disappointed. In this part I didn’t really get a click with Tank. He was very closed off and because he was new, he had no click with the team.

I, on the other hand, after reading 5 previous books (I have yet to read part 3), do have a connection with the team. The fact that they did not bond with him made me dislike him. He made annoying comments to characters I already loved.

What I liked was how he was with Bess. Then I could enjoy him and saw a completely different side. Bess was quite what I expected from her. Only a little more insecure, but while reading I understood this all too well. So I was able to empathize well with her.

I’m really a fan of Sarina’s True North series. A series that delves deeply into the problems and pieces of the characters’ past. This is not the case with the Brooklyn Bruisers series. Usually this is not so bad, but in this case there is at some point quite a heated topic and it was not really worked out. Tank didn’t want to talk about it, but I missed it very much, because it is a big thing in their relationship.

I also thought the ending was very predictive and I was very sorry that the prologue was exactly what I expected. I had hoped for at least 5 years later and I do not say the other in connection with spoilers.

It was still a fun and entertaining read and I was never bored. But I certainly don’t think this is the best part of the series.

Liked it, but missed something.

Want to buy? Check these: 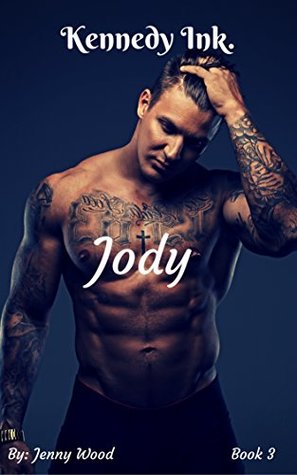