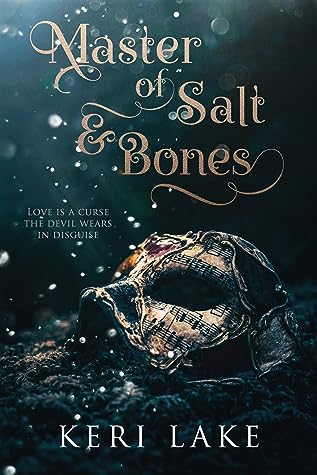 When I was a little girl, I dreamed a handsome knight would come and rescue me from my wretched mother. He'd ride up on his white steed and break the curse I've been fated to carry since the day I was born.

Funny how things changed over time. How the fairy tale twisted into something far more crooked, darker than I ever imagined.

In reality, my knight is scarred and broken, living alone in a castle of bones that overlooks the sea. He isn’t searching for me. He never was.

Lucian Blackthorne is as cursed as I am, and equally shunned by the locals, the fishers of men, who believe him to be the devil in the flesh.

Perhaps he is, with the way his amber eyes draw me in, ignite me like an infernal blaze. And the sins he whispers in my ear are as wickedly intoxicating as the man himself.

Yet, his touch is heaven and his will is my weakness.

He calls us forbidden, an unsalvageable tragedy, with no happy end. Maybe we are. But in this story, he’s the one who needs saving.

Master of Salt & Bones is the first book I read from Keri Lake. I did read Dark Romance before.

Keri has a nice visual writing style. I soon saw before me what the environment in the book should look like. It reads smoothly and you are drawn into the world. The book is told from both main characters and is written in the first person.

The book immediately created a clear atmosphere. The feel of the book was a bit sinister, but I really liked that.

These are two very different characters. She is sweet, caring and concerned. He is a jerk, closed off and dark. Two clear opposites that attract each other. They want the same thing but fight each other.

This book has a bit of a Beauty and the Beast vibe. It almost seems like a recount, although nowhere is that officially stated.

Lucian is damaged inside and out. You read in the present and past, which gives you a book view of his past and you are drawn all the way to him. You want to know how it turned out. Why he is the man he is now. A bit like Isa wants to know.

Conclusion of Master of Salt & Bones

Do you want to read this book? Then check out Amazon!