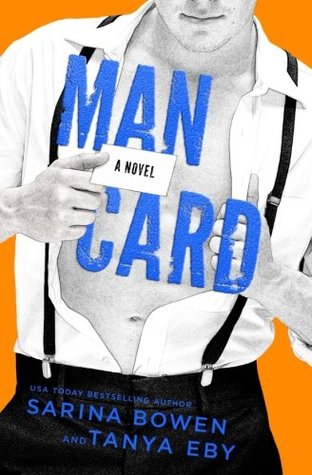 Nothing ventured, nothing banged...

AshI still don't know how it happened. One minute I was arguing with my arrogant competitor--our usual trash-talk over who deserves the larger commission. But somehow I went from throwing down to kneeling down... It can never happen again. I don't even like Braht. He's too slick. He's a manipulating mansplaining party boy in preppy clothes.So why can't I get him out of my head?

BrahtThere are two things I know without question. One: Ash and I are destined for each other. Two: never trust a man with a unibrow.Ash is my missing my piece. She's the sweet cream to my gourmet espresso. And nothing gets me going faster than her contempt for me. They don't call her the Ashkicker for nothing. Eventually I'll win her over...if my past doesn't ruin everything first.

I loved the first book in this series so it was not really a question whether I should read the second. It’s no secret, I love Sarina’s books.

Ash and Braht are introduced in a very funny way in Man Hands.

But I was a little worried (I was stupid enough to think I wouldn’t like this one) (forgive me Sarina) but seriously, I liked Ash, her way of thinking was funny. And Braht was just … uh Braht. His arrogance and humor made me laugh quite a bit. But together? I really thought they would kill each other.

Braht and Ash are real estate agents. They both want to show their power and that’s where their discussions come from. But I didn’t get the feeling they hated each other, I know Ash tried, but she failed and Braht wanted her from the start. The connection they had was incredible, it was there from start to finish.

“I need to stand up straight and look inside, because A) I need to know if I’ve been beaten and B) my thighs are burning from crouching beside this window.”

Ash was sure and insecure at the same time. As a real estate agent, she knew what to do and when. But when she was just Ash, her insecurity took over. I understand that work is another role to play. But I liked the fact that she mixed it with everything Braht offered her.

Have you read book one?