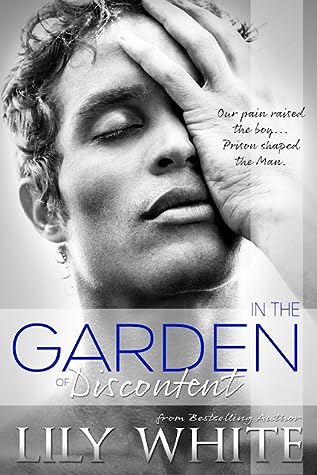 This is a love story. It’s brutal. Heart-wrenching. Dirty, terrifying, and raw. But a love story nonetheless because it is so beautiful.
Ensley:
Noah Carter was the type of guy that every girl wanted. Gorgeous. Talented. Smart and kind. He was the world that revolved around me even though I didn’t deserve him. But then something went wrong. He snapped maybe, just lost his mind.I found him the night my family died, their blood staining his hands. I put him in prison. I got my revenge. But then years later he found me again... ...and stole me away from my life.
Noah:
You couldn’t know Ensley without wanting to strangle her. She was beautiful, she was wild, she was the girl next door .I grew up with her by my side. I watched her destroy herself while I held on. I protected her when she had been blind to the danger that surrounded her. I let her go once only to find her again. She would see me this time no matter what.
DISCLAIMER: This book deals with sensitive subject matter that may be difficult for some readers.

What is In the Garden of Discontent about?

“We were the same, in different ways and for different reasons, but not in what we felt.”

Lily writes about those wonderful books where I can’t put my book away for a second. She can describe emotions and feelings so well that I sometimes have to swallow them.
It is just raw and sometimes very coarse but it is reality.

“I’m just tired of being alone.”

My thoughts on In the Garden of Discontent

I was hooked from the first page. This is usually the case with Lily.

Her stories all have a sweetheart and a bad person (if you can call it that).

I thought the first meeting between Ensley and Noah was super cute. It immediately indicated that these characters had a deep connection. As the book progressed, enough happened between the two of them.
The emotions, the pain and the injustice were sometimes really stuffy.

The POV are from both the characters and it was written so that you
always went from the present to the past. What happened to Ensley was downright awful and how Noah reacted to it … I could cry. He was so very sweet but Noah also had a breaking point. That piece was downright rotten to read.

“I could hear that slick beast rattling its tail and snapping at her insides just begging to be freed.”

I hadn’t seen the secrets in this book coming at all. They were so involved with the rest of the story that I thought for a moment, What the fuck happened here.

I was especially sorry for Ensley. What had been done to her was not something
a child might come over.

I always realize very well that Lily White books are not for everyone. There is always a trigger warning on Goodreads and it is clearly necessary.

But if you like Dark Romance then this is definitely the book for you.
Although I want to say that not if the normal dark romance is …