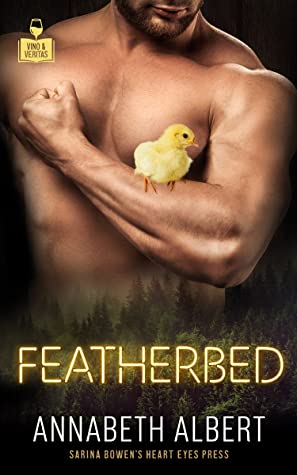 Harrison Phillip Fletcher III isn’t supposed to be here. Not in Burlington, Vermont, not running Vino & Veritas, a quaint inclusive bookstore and wine bar, and definitely not still alive at forty-two. Also not supposed to be here? An unexpected delivery of chickens.

Finn Barnes knows chickens. The burly organic farmer knows all about rare breed poultry, but dealing with a hot, older bookseller is an entirely different matter. City slicker types like Harrison never end up staying in Vermont for the long-term.

They should steer clear of each other. But the flare of attraction is mutual. And somehow, amid book discussions and farm tours, they discover plenty in common. Now they’re stealing kisses in Finn’s barn, sneaking out like teens, and burning up the sheets.

What starts as a fling brings very real feelings for two lonely souls, but a future together seems as unlikely as chickens in a bookstore. Feathers may be flying, but learning to trust takes time neither may have. Can they take a leap of faith together before it’s too late?

Featherbed is a stand-alone novel in Sarina Bowen’s True North world. This opposites attract, age gap romance features a low-angst, fluffy—and feathery—romp as a fish out of water discovers the home he never thought he’d find.

I got Featherbed as an ARC. It’s the first book in the Vino & Veritas series from the World of True North. A series within the world of the series by Sarina Bowen. I’m very curious, because I love this concept.

This is my first book written by Annabeth Albert. I have been a longtime fan of the True North books and followed them. This book gave me the same Vermont vibe and I loved it. It was a super fun story between Finn and Harrison. Two opposites of an end. Finn, the Burley chicken farmer and Harrison, the big city attorney, turned owner of a rural bookstore. They both had their problems getting into a relationship. I loved the way Annabeth showed how they both started falling anyway, even though they both said they didn’t want a relationship. It felt real and genuine, just like all the stuff from the farm and bookstore. It was real life, just like I’m used to in this world.

The story slowly builds up. You get to know the characters well and grow in their love. I think that Annabeth gives a very nice picture of the world and has deepened the characters very nicely. It makes me feel good about the books in this series and can’t wait to read more even though each book is by a different author.

I think it was a perfect True North world book.

The World Of True North

True North is Sarina Bowen’s series that started it all. The series consists of quite a few parts. From that world 3 new series have emerged in which different authors write books. I think it’s a great concept and a great way to get to know new authors in a world that I know very well myself. 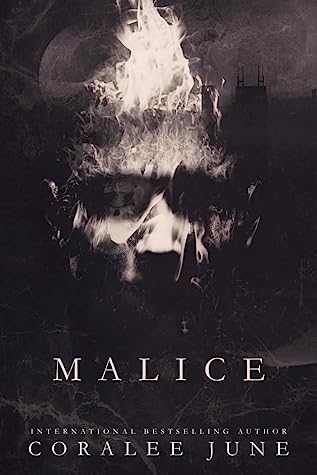 No Good by LP Lovell & Stevie J Cole
The Witcher