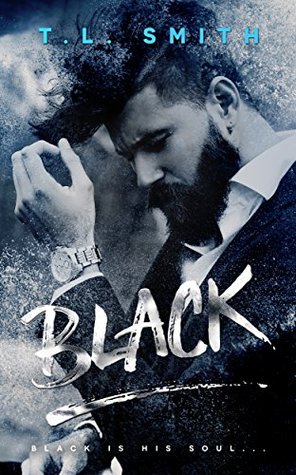 I am loyal, but I will betray you. I am strong, but I have scars. I am an angel, but the devil. I met her when I was sixteen and she was a breath of fresh air. She swooped in, making me smile. But then she left, taking my next breath with her. Her smile could light up a room, making my black heart pitter patter. I found her again ten years later, with a syringe in her arm. Blood coming from between her legs. She was broken and I was glad she was broken. She wouldn't think less of me and my damaged ways.

T.L. has a very specific writing style which you love or hate. Hate Sober is written from the perspective of Everly and little bits from Gunner, which gives us now a bit of insight in his head. Sometimes I miss emotion in her sentences. The style is mostly feeling and movement. The style kept me intrigued in the story and I wanted to know more about the characters. It was really weird.

Everything is black.
Black as my soul.
Black like they call me.

My review on Black

The whole mood of the book was intriguing. It gives of a vibe of darkness. I can’t really explain it. It’s a feeling T.L. knows how to capture on paper. Black is an intriguing guy who’s been through a lot and keeps mostly to himself. He’s a hitman. He himself claims his soul is black. But frankly I don’t believe that.

Rose is the girl he fell in love with as a kid. Years later he finds her again. She used to be a light and sparkly girl who got him out of his moods. Now he finds her with a syringe in her arm and blood all over. She is broken, but he doesn’t mind.

The characters grow towards each other very slowly. There isn’t a whole lot of talking and emotions keep barried. It’s mostly movement and feeling but in some way it’s true to the book. It keeps you captive in the story. And the ending…it’s brutal.

Black surrounds me, Rose. If you’re with me, near me, black will surround you, too. Then it will drown you. Taking everything you are with it.

Buy on Amazon for free